The State of Texas has scheduled the execution of Scott Panetti for December 3, 2014, despite the fact that Mr. Panetti has been diagnosed to suffer from both schizophrenia and schizoaffective disorder.

During his criminal trial, there was quite a bit of hoopla as Scott Panetti represented himself at trial, appearing before the court in what looked to be a cowboy outfit.

Things became more bizarre as he wanted to put the Pope as well as Jesus Christ, President John F. Kennedy, and Anne Bancroft on the witness stand for examination. 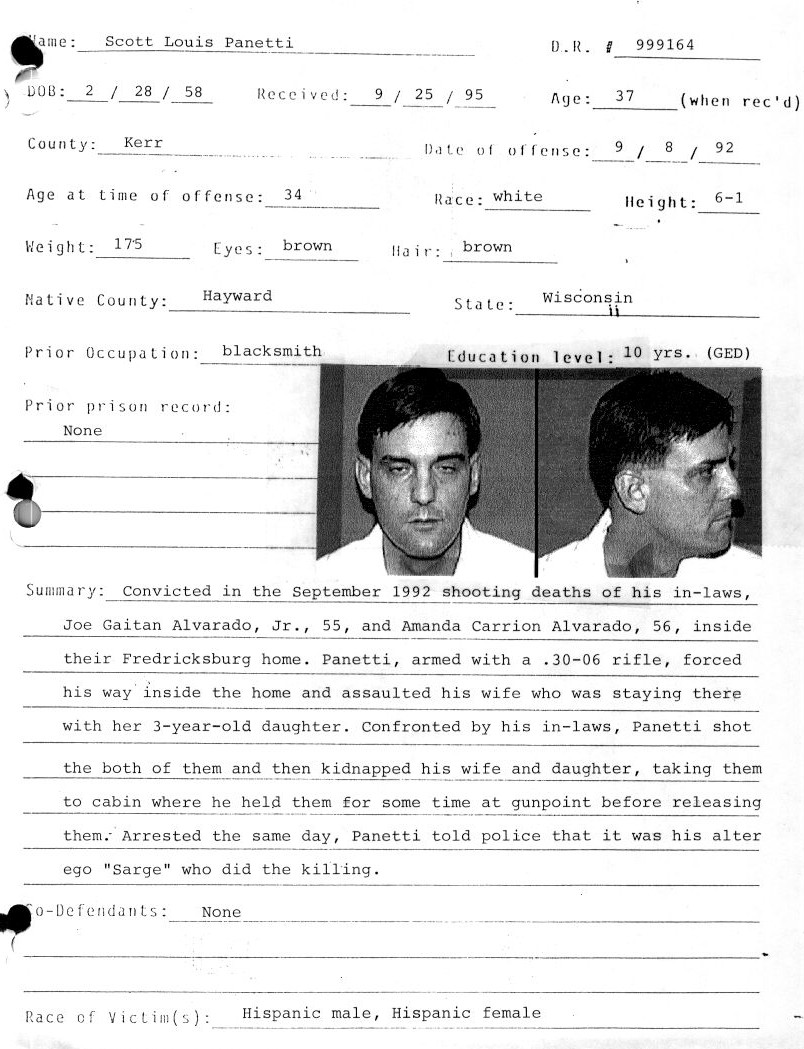 We’d be hard pressed to find anyone who wouldn’t agree that Scott Panetti is mentally ill.

However, the State of Texas has a test for whether or not someone can be execution that allows Panetti’s capital punishment to go forward. The State’s argument is that since Panetti has been shown to recognize a logical connection between the crime that he committed and the punishment that has been assessed as a result (death), then the execution can legally go forward without violating federal constitutional prohibitions against executing someone who is mentally ill.

This has been a long fight.

Panetti’s case has already been before the United States Supreme Court once: the High Court stayed his execution then on the grounds that the State had failed to consider Panetti’s history of mental illness (which goes back many years).

For those interested in this subject, the amicus curaie brief filed by the American Psychological Association before the Supreme Court on behalf of Scott Panetti can be read online here.

Moving once again through the court system, the State won arguments before appellate panels that Panetti is indeed legally competent under the Texas definition.

This week, Panetti’s lawyers have filed more arguments here in Texas trying to stop this execution from happening.