Georgia is halting its lethal injection executions for now because of concerns voiced by state officials about the quality of the chemicals available to be used by executioners. 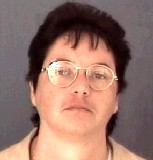 Kelly Gissendaner’s Execution Has Been Stayed.

According to the New York Times, lawyers for Kelly Gissendaner have explained that representatives for the State of Georgia stated that the pentobarbital that would have been used in the execution was found to be "cloudy" by a pharmacist expert.

Note that pentobarbital is NOT a drug being considered by the Supreme Court of the United States in the pending lethal injection cocktail case (read our prior post for details).

Here is the full text of the news release issued by the GeorgiGa Department of Corrections:

The Georgia Department of Corrections (GDC) announced today that, out of an abundance of caution, the scheduled executions of Kelly Renee Gissendaner and Brian Keith Terrell, have been postponed while an analysis is conducted of the drugs planned for use in last night’s scheduled execution of inmate Gissendaner.

The sentencing courts will issue new execution orders when the Department is prepared to proceed.

The GDC has one of the largest prison systems in the U.S. and is responsible for supervising nearly 55,000 state prisoners and over 160,000 probationers. It is the largest law enforcement agency in the state with approximately 12,000 employees.