Right now, the Supreme Court of the United States has agreed to review (”granted writ”) the decision by the Florida Supreme Court in a case brought by a Florida Death Row inmate. (For details, check our recent post on this pending appeal.)

Right now Florida does NOT require 100% agreement of the jury before capital punishment can be sentenced in a case.

Will this change? Should it? 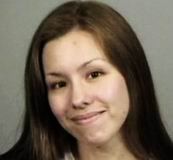 Well, consider the recent decision in the Jodi Arias matter. After all the time and money spent on not one but TWO juries hearing arguments over whether or not Jodi Arias should be sentenced to death, one single individual held out against the death penalty and the result?

Arias escaped the death penalty even though most of the jurors who reviewed her case were in favor of it.

The public was not happy with this result and there were death threats against that single juror. It was the requirement of an unanimous jury that saved Jodi Arias from the death penalty.

NOTE: as for trial by media, it’s interesting to consider the reasoning of that holdout juror: it’s reported that the Lifetime TV Movie that portrayed the Jodi Arias case through her meeting with murder victim Travis Alexander through her trial and conviction was a great influence on the juror’s stubborn resolve not to vote for death.